Am I Your Ancestor?
BILODEAU Family Genealogy

Jacques was an immigrant to Canada, arriving by 1654.

Thanks to Micheline MacDonald for providing this information.

Québec Généalogie - Did you know? The seigneur was endowed with his rank and estate to the sole end that he should become an active...Read MORE...

The Seigneurs of Old Canada: A Chronicle of New-World Feudalism [Vol. 5 of "The Chronicles of Canada"] by William Bennett Munro; Toronto: Glasgow, Brook & Company, 1922

"Jacques Billaudeau had been married for almost two years when he received his concession from Charles de Lauson Charny. The marriage was registered at Québec on 28 October 1654, but the ceremony took place in the house of the Sieur de la Ferte. It was there we learn that Jacques was the son of Pierre Billaudeau and of Jeanne Fleurie, and that the bride, Geneviève Longschamps (sometimes spelled Deslongschamps), was the daughter of Pierre and of Marie Desanter. The document does not indicate the couple's place of origin, but the list of those confirmed at Château-Richer, says that Jacques, before coming to Canada, had lived in the region of Poitiers, but gave no further details. It seems that all the Billaudeau-Longschamps children were born, on the Ile d'Orléans, between 1656 and 1664. The baptismal record for Simon in1662, has been found at Château-Richer, as for the others, it is necessary to reply on the approximate age mentioned in the various censuses. On this subject, let us note the local census of the arriere-fief of Charny-Lirec which Charles de Lauson produced on 26 April 1661."


Events, Pictures and Documents Related to the Genealogy of Jacques BILODEAU

1662 Birth of Child
Simon BILODEAU was born 1 May 1662, Château-Richer, Québec, Canada (La Visitation-de-Notre-Dame de Chateau-Richer)
1667 Census
'THE CENSUS OF 1667, WHICH REPLACED THAT OF 1666, WAS MORE EXPLICIT AND UNDOUBTEDLY MORE ACCURATE. THEREIN IT SAYS THAT JACQUES WAS 35 YEARS OLD AND GENEVIÈVE 28 THEIR CHILDREN WERE LOUISE, 11 JACQUES, 10 JEAN, 9 ANTOINE, 8 SIMON, 5 AND GABRIEL, 3. THE STABLE SHELTERED SIX ANIMALS, AND 25 ARPENTS WERE UNDER CULTIVATION. THIS TIME THEIR IMMEDIATE NEIGHBORS WERE ABEL TURQUOT AND ANTOINE PEPIN DIT LACHANCE.'

1681 Census
'The Billaudeau family was listed again in the census of 1681 in the county of Saint-Laurent (the new name given to the Ile d'Orléans). Jacques was now 50 years old and his wife 42. Still living in the paternal home were: Jean, 29 Antoine, 22 Simon, 18 and Gabriel, 17. Again two servants: Mathurin Labreque, 17, and a child of 9 named Robert. The family owned a gun, 30 head of cattle and now worked 40 arpents of land.' 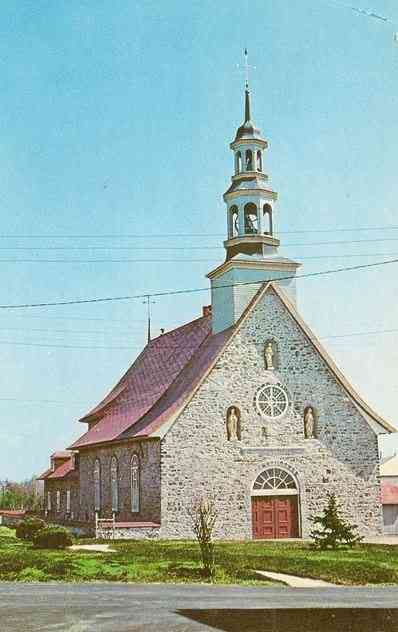 1699 Death of Child
Jean BILODEAU died 1 September 1699, Saint-François-de-l'Île-d'Orléans, Québec, Canada
1712 Death
'According to Leon Roy, the Billaudeau couple was then probably living at Saint-François at the home of their son Simon. It was in this parish that they were both buried he on 8 February 1712, nearly 80 years old she on 28 March 1718 at the age of 88, according to the burial records. She had died the day before.'

Genealogy research for Jacques Bilodeau (on other sites)

Is Jacques BILODEAU YOUR Ancestor? Tell us more!

If you'd like to be contacted by others who are related to Jacques BILODEAU, leave a message here!
The comments you read here belong only to the person who posted them. We reserve the right to remove off-topic and inappropriate comments.