by a regulation of Sept. 20, 1721, confirmed by an Order in Council, Mar. 3, 1722, situated in fief Argentenay, is 3 leagues in extent, 1 1/ 2 league along the South Channel, beginning at and including the house of Louis Gaulin descending to the lower end of the island, and 1 1/ 2 league along the North Channel ascending from the N.E. end of the island to the house of Charles Guirard, including all the intervening lands. - This parish is the property of Mr. Dupre. the size of the farms is nearly the same with two exceptions; one individual possesses a farm of 10 front arpents, that of another is about 6 arpents, all the others amounting to 52 are between 2 and 3 arpents. All the farms have been conceded long ago; the are all susceptible of cultivation and have been accurately surveyed. The inhabitants who quit the parish, leave it for the purpose of following some trade, which appears to be their only wish.


1832 - ORLEANS ISLAND or ISLE ST. LAURENT, about 4 miles N.E. of Quebec, divides the River St. Lawrence into two channels. - 19 miles long and 5 1/ 2 broad, containing 69 sq. miles... Granted as a seigniory 15th Jan, 1636, to the Sieur Castellon. - It is at present divided into three distinct properties belonging to Madame Drapeau, Monsr. Poulain, and Monsr. Le Comte Dupre... It contains the parishes of Saint Pierre, Saint Jean, Sainte Famille, Saint Laurent, and Saint Francois, and the Islands of Madame and Reaux. - This island is next in size to that of Montreal, and approaches it in fertility and richness of soil more nearly than any other part of the district of Quebec...

Visit Saint-François-de-l'Île-d'Orléans, Québec, Canada
Discover the people who lived there, the places they visited and the stories they shared. 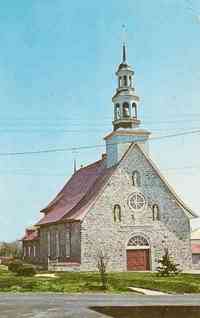 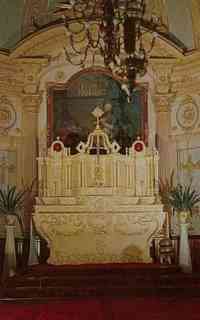