...John Baptist von Helmont, born at Brussels in 1677, while engaged in chemical research, discovered gas and named it. An English rector, Rev. Dr. John Clayton, discovered coal gas in 1792, thereby causing great consternation in his village in Wales. It was nearly 40 years later that the practicability of gas for cooking was demonstrated by James Sharp, of Northampton, England...
The Winnipeg Tribune, Winnipeg, Manitoba, Canada, February 2, 1931

..."Mr. James Sharp, for many years Engineer to the Southampton Gas works. In a pamphlet which was published by him in 1851, he stated that it was then upwards of 24 years since he first introduced the application of gas to cooking, and referred to a lecture given by him in June, 1837, at the the Mechanics' Institution at Southampton, on which occasion he cooked a substantial supper which was partaken by a large number of the company. He further mentions, as one of the obstacles which had to be contended with in introducing this system of cooking, that cooks viewed it with doubt and dislike, as threatening to make their mistresses independent of them. Mr. Sharp, it may be mentioned, pinned his faith to "tin" as the material of which gas-cookers should be constructed; and his caution "against using any apparatus the outside of which is made "of cast or sheet iron" sounds oddly in light of present experience and practice. At the gas exhibition of 1851, to which reference was made in the "JOURNAL" for Nov. 22, Mr. Sharp exhibited and apparatus "calculated to cook a "dinner for one hundred persons." It bore and inscription to the effect that the design was offered to the public by the inventor "not being protected by patent or registration, or "manufactured by him for sale." 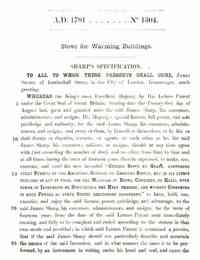 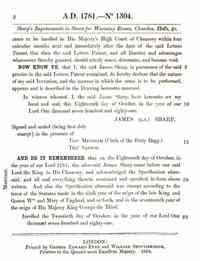 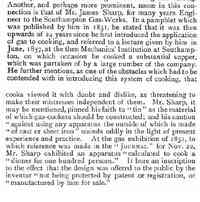 Visit , England (United Kingdom)
Discover the people who lived there, the places they visited and the stories they shared.


The comments you read here belong only to the person who posted them. We reserve the right to remove off-topic and inappropriate comments.