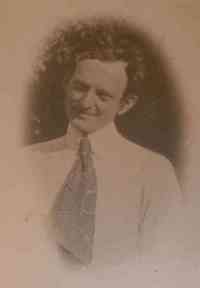 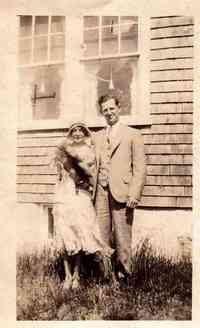 In July of 1888, Willard was born in Pittsfield, Massachusetts. He was the son of George W. Feige and Charlotte M. Salisbury. The proud grandparents on the Feige side were Wilhelm Friedrich Feige and Augusta Amelia Theunert, immigrants from Prussia.

Seven years later (1895), Walter was born about 130 miles away in Providence, Rhode Island. He was the son of Erdman W. Theinert and Mary Louisa Frantz. The proud grandparents on the Theinert side were Augustus C. Theinert and Johanna Walther.

Willard lived in Pittsfield for the first few years of his life, moving to Auburn, New York around 1895. He attended elementary school in Auburn until sometime around 1900 when the family moved to Webster, Massachusetts.

In 1907, at the age of 19, Willard married Anna R. Korch, daughter of Andro Kovalcik and Alzbeta Tomko, Slovak immigrants from Austria-Hungary (now part of Slovakia). The marriage took place in Webster, Massachusetts.

Walter spent his early years in Providence, moving to Albion, Lincoln, Rhode Island around the age of 7, eventually graduating from Albion Grammar School. In 1914, his father was nominated as a candidate for RI Governor by the Socialist Party. Walter worked the family farm in Albion with his father and brother for a number of years.

Willard died in 1929 in Webster, Massachusetts.

Walter died in 1955 in Norwich, Connecticut.

Did they ever meet?

When Walter was born in Providence, Rhode Island, Willard was living in Auburn, New York.

By the time Walter was 5 years old, Willard and his family had moved to Webster, Massachusetts. Webster and Providence are only about 35 miles apart, so it's possible they met; however, that would depend on whether or not their parents knew each other. Willard and Walter continued to live about 35 miles apart (the distance remained similar when Walter's family relocated to Albion) for about 29 years, until Willard's death in 1929.

Did the parents know each other?

Willard's father, George, was born in Pittsfield, Massachusetts in 1867.

Both were baptised at the Zion Evangelical Lutheran Church in Pittsfield. George's father, Wilhelm, was a witness at Erdman's baptism.

George spent his entire childhood in Pittsfield, moving to Auburn, New York, before the age of 20. His older sister (older by 19 years), Ellen, and her husband, Frank Shorey, were living in Auburn at the time. Shortly after arriving in Auburn, George married Charlotte M. Salisbury, daughter of Civil War veteran, George W. Salisbury, and Caroline M. Smith. The marriage took place in Auburn, NY in 1887. Shortly after their marriage, the couple returned to Pittsfield. Around the time of the death of George's father, in 1892, George and Charlotte moved back to Auburn, NY with George's mother, Augusta. Around 1900, George moved to Webster, Massachusetts. Augusta moved back to Pittsfield and died shortly thereafter. George died in Webster in 1930.

Erdman probably spent his first 16 years in Pittsfield. His family moved to Vernon, Connecticut sometime after 1875. He married Louisa Reudgen in 1883 in Rockville, CT. By 1889, Erdman was living in Providence, RI, having married for a second time to Wilhelmina Palme. In 1893, he married Mary Louisa Frantz, a German immigrant from France. The family lived in Albion, Rhode Island until Erdman's death in 1930 (about 11 days after George's death, both died of heart attacks).

George would have been around 10 years old when Erdman left Pittsfield. Chances are very good that they knew each other as children, especially in light of the fact that George's father was at witness at Erdman's baptism. That coupled with the fact that both families lived in Pittsfield, seems to indicate that the families had contact with each other. It's possible that George and Erdman met up again with their families later in life.

Did George and Erdman ever know that their sons, Willard and Walter, looked so much alike?

Only pictures can answer that question. Show me the pictures (PLEASE).

Thanks to Gail for all the Theinert information, including the pictures.