Women in New France generally took on the domestic roles of wives, mothers, and housekeepers. They were, however, viewed more as equals than their counterparts in Europe, and worked the fields along with their male relations as well as participated in business. Women were even allowed to be seigneurs, due to the fact that many men were involved in the fur trade or military, and/ or often died before their wives, thus willing to them their land and titles. 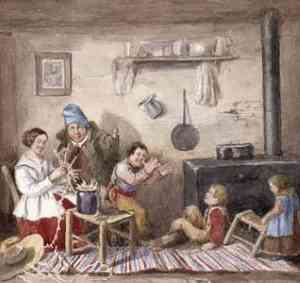